First up is Varuna Point, the sunken towers of the rich. It was once set to be the salvation for the elite, but the waves came quicker than expected and it has since been abandoned and forgotten by any and all… almost. 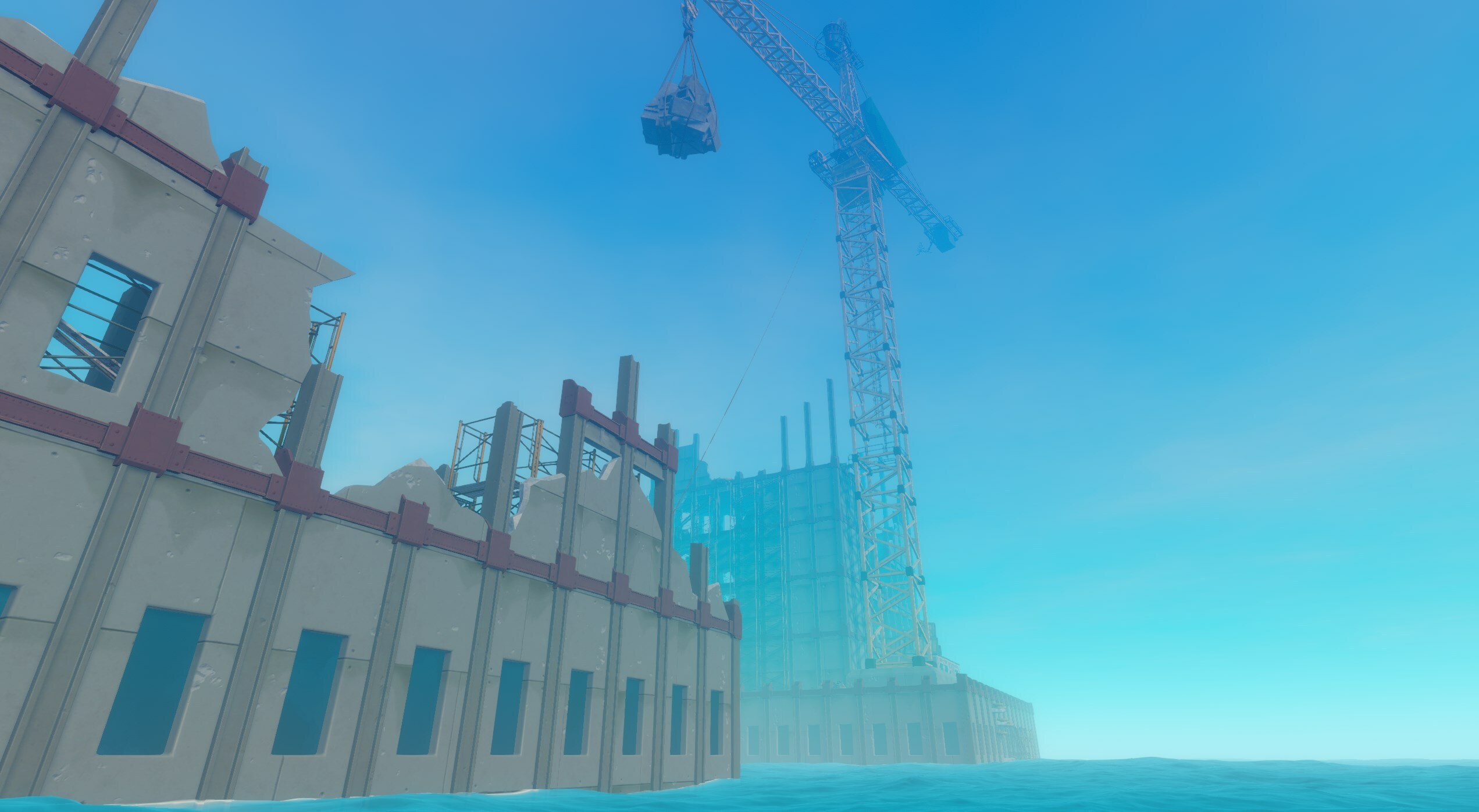 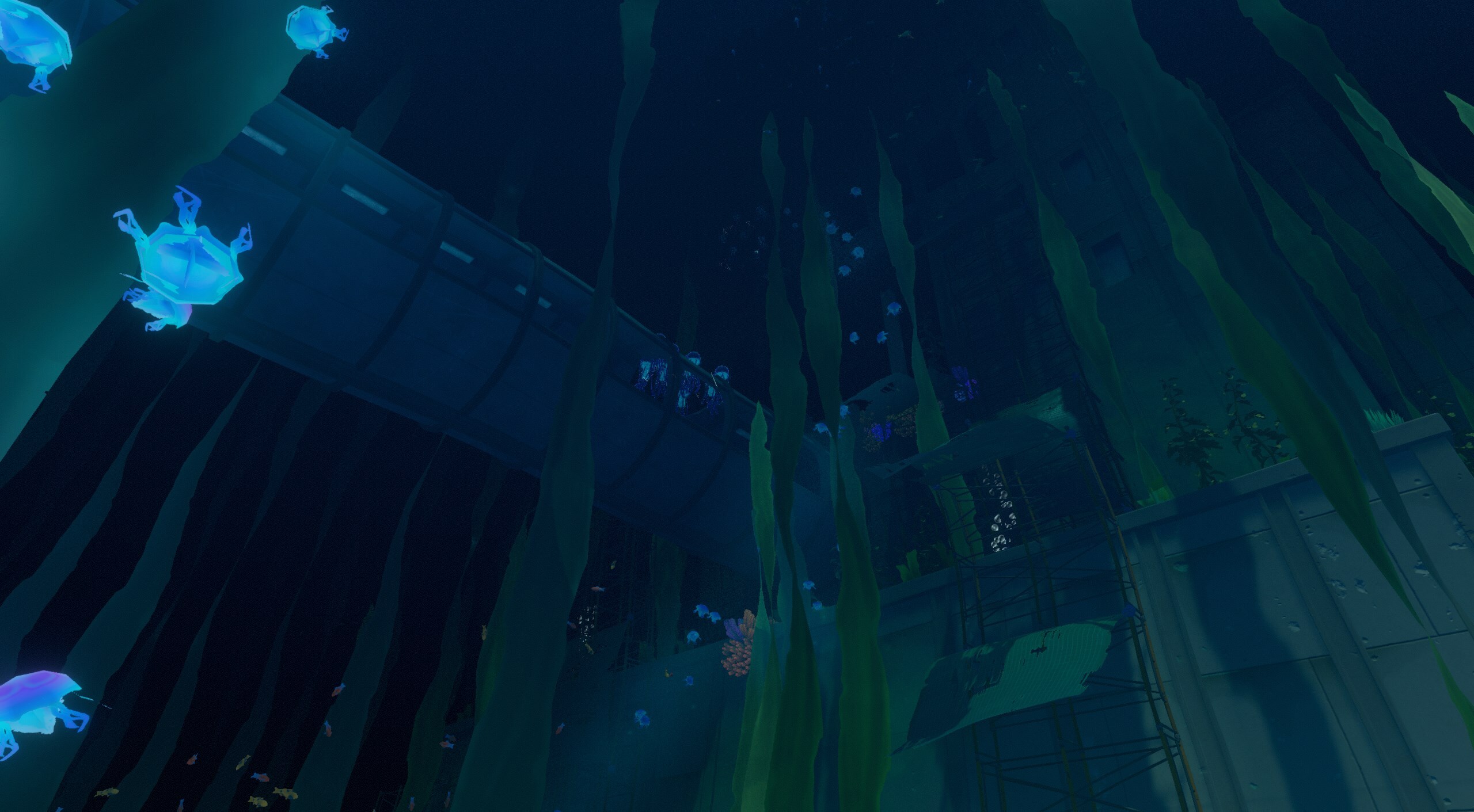 Next we have Temperance, a snow covered piece of land still above water. Home to the researchers at Selene, it was the last hope for humanity to reverse the rising of the oceans. As the reactor malfunctioned, most fled and left the island to fight for their survival elsewhere, but for the brave, there still might be a chance to restore the reactor. 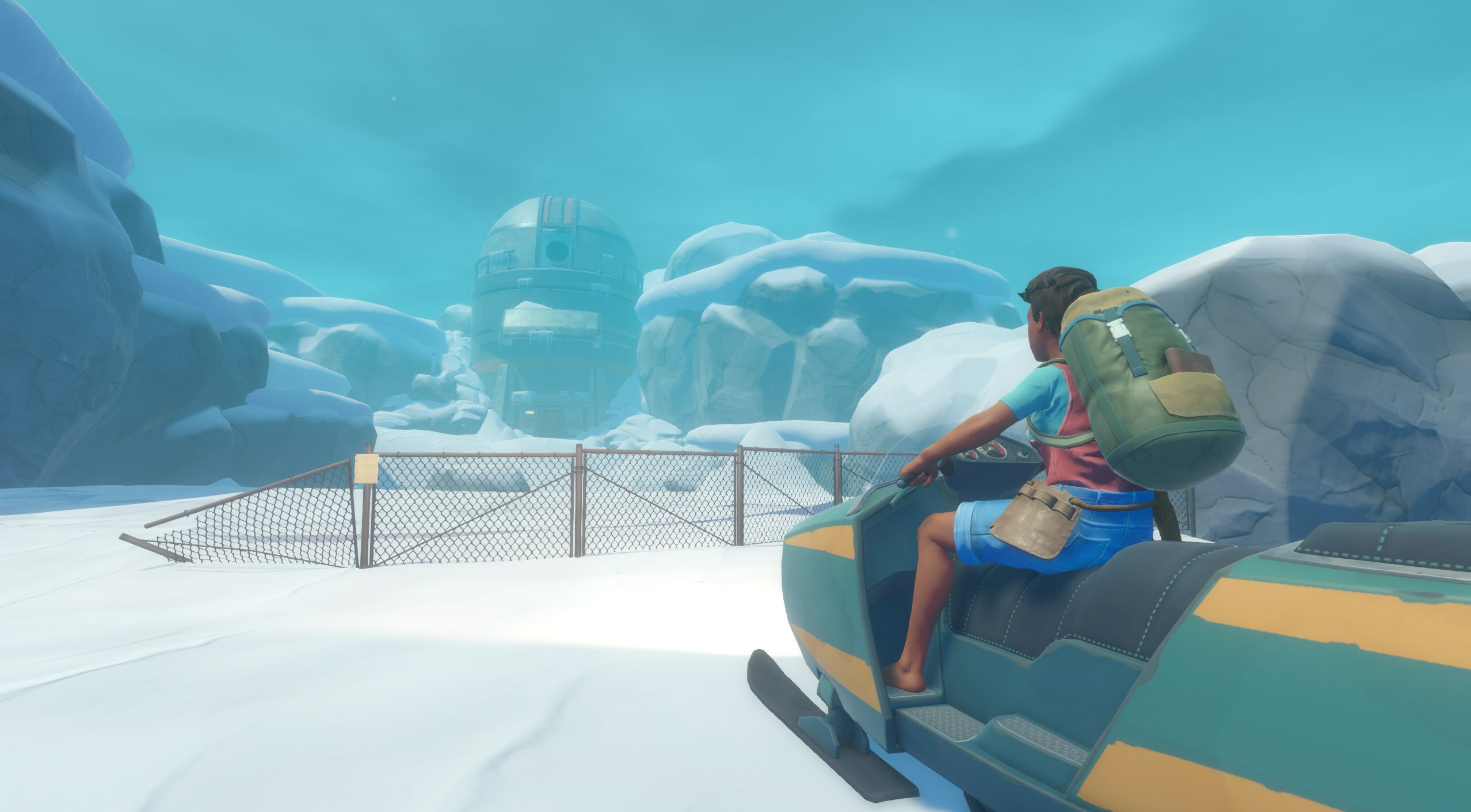 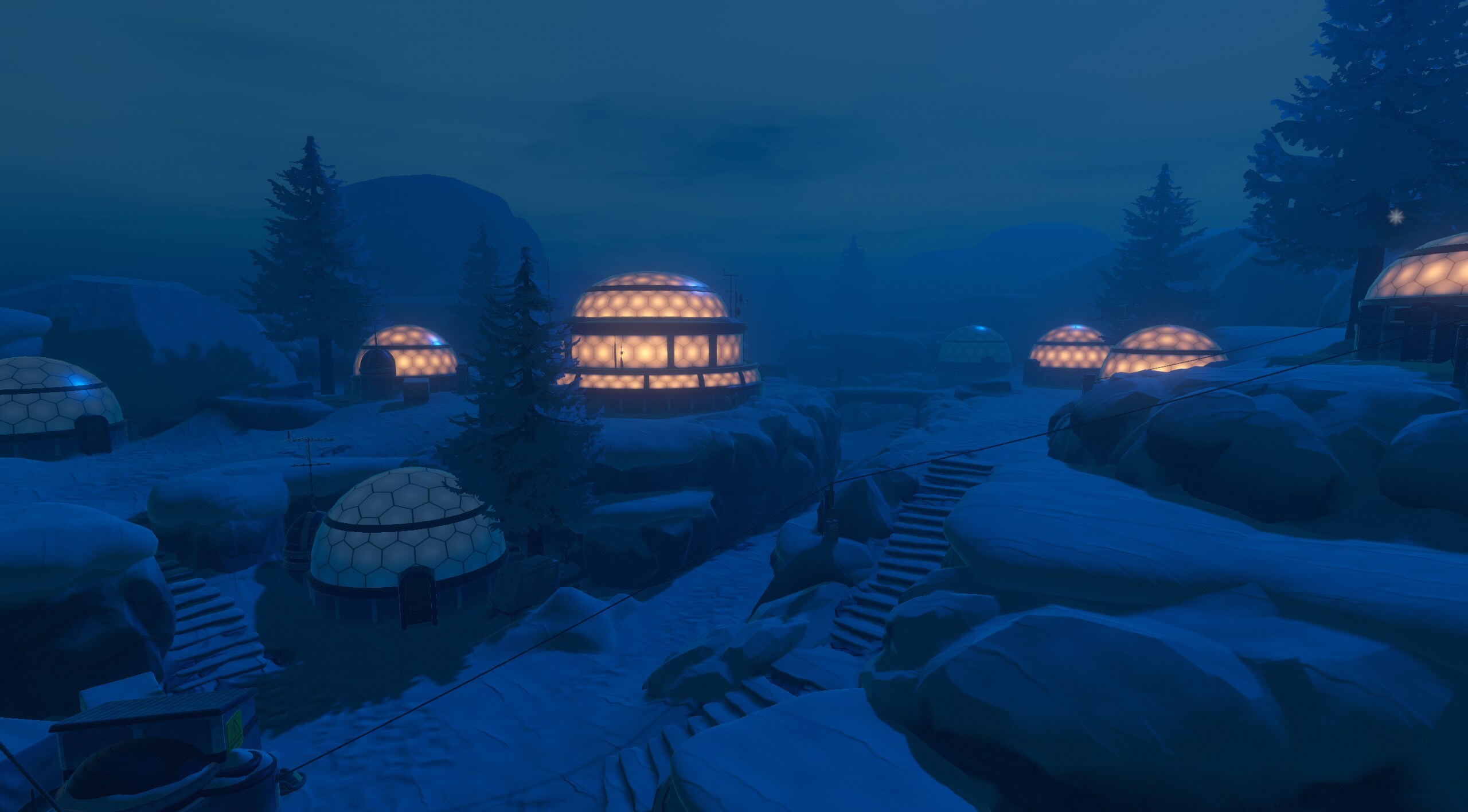 As previously mentioned, there is a third destination. The destination where the strings are tied together and you will face the final challenge. However, we think it is best you discover this one on your own.

As this is the final chapter, and everything is coming together, we felt it was time to take a look at the old story while implementing the new. We have rewritten quite a lot of it to make it follow a continuous story and to fit with the new destinations. Overall, we have also streamlined the story to make it read as well as possible, by removing certain parts and adjusting others, while also delivering the most engaging narrative that we can muster.

In addition to this, we have added voice acting for all the story notes in the game. Now, when you pick up a note, it will automatically be read back to you by the author of that note. You can also disable automatic playback and listen to them whenever you want from the notebook, if that is your preference.

We hope all these improvements will provide a more clear and engaging narrative experience, and we do recommend that you revisit old destinations and give the story another go to refresh your memory! For those who want the full experience, we do recommend starting a new save!

Throughout these new destinations you will encounter new enemies. Some are tougher than others, but one thing is for sure, they are all out to put a stop to your adventures!

To begin with, we have the anglerfish. These little creatures are quicker than expected and will bite your toe right off if you are not careful! 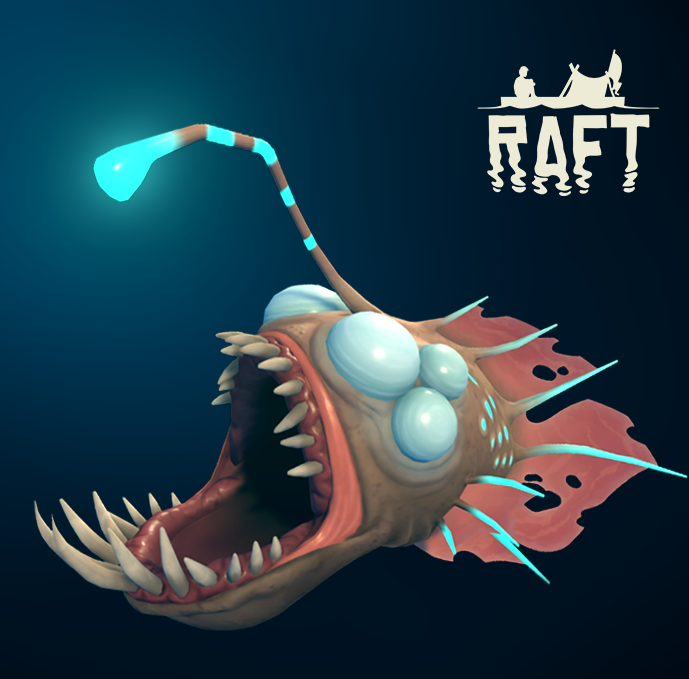 Next in line is the scuttler. It is not terribly quick but in tight spaces they will surely gang up on you! 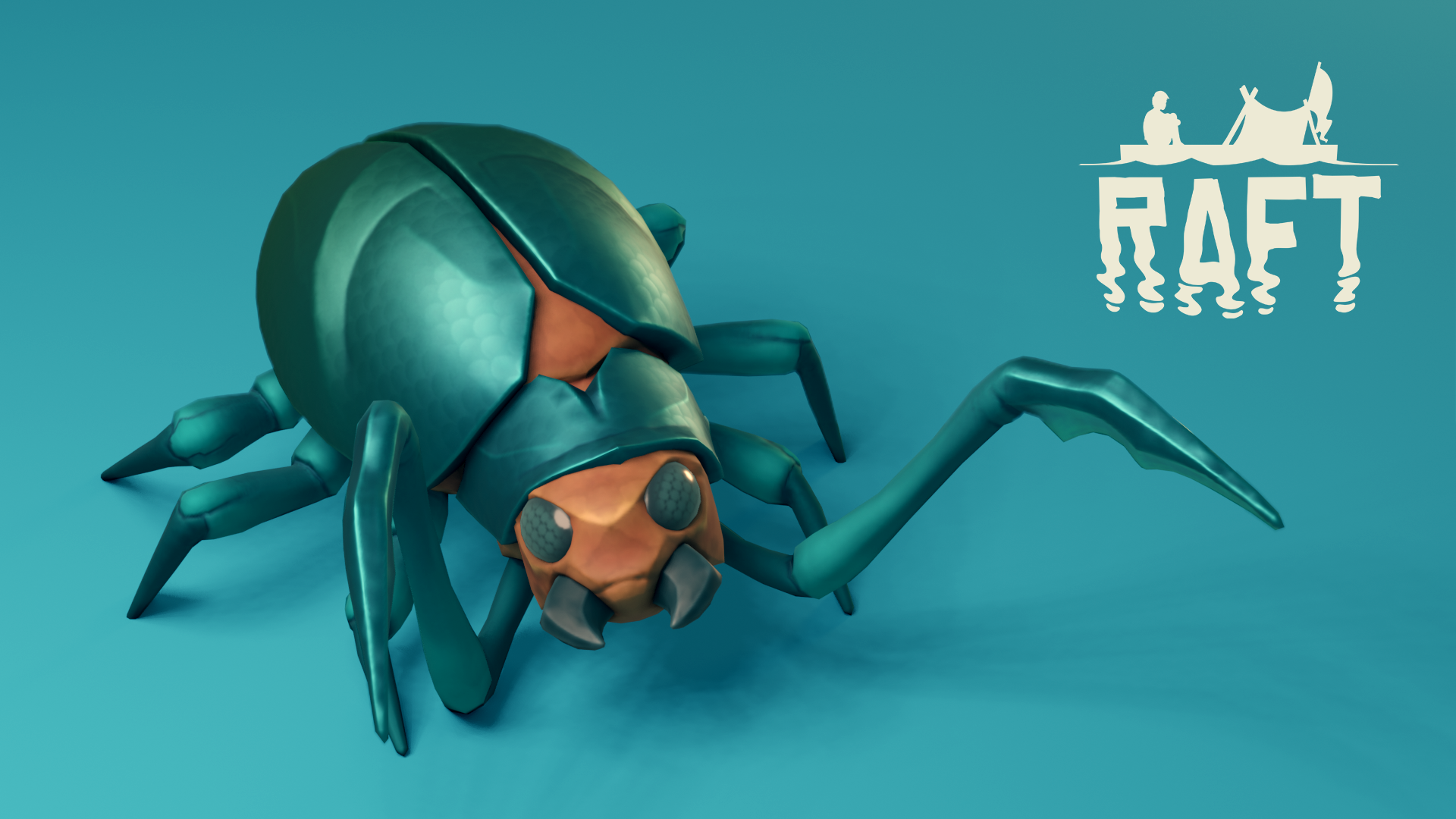 You have seen the bears, but now there are also polar bears! They are not too different from their brown cousins, except that they might be a bit harder to spot against the snow. 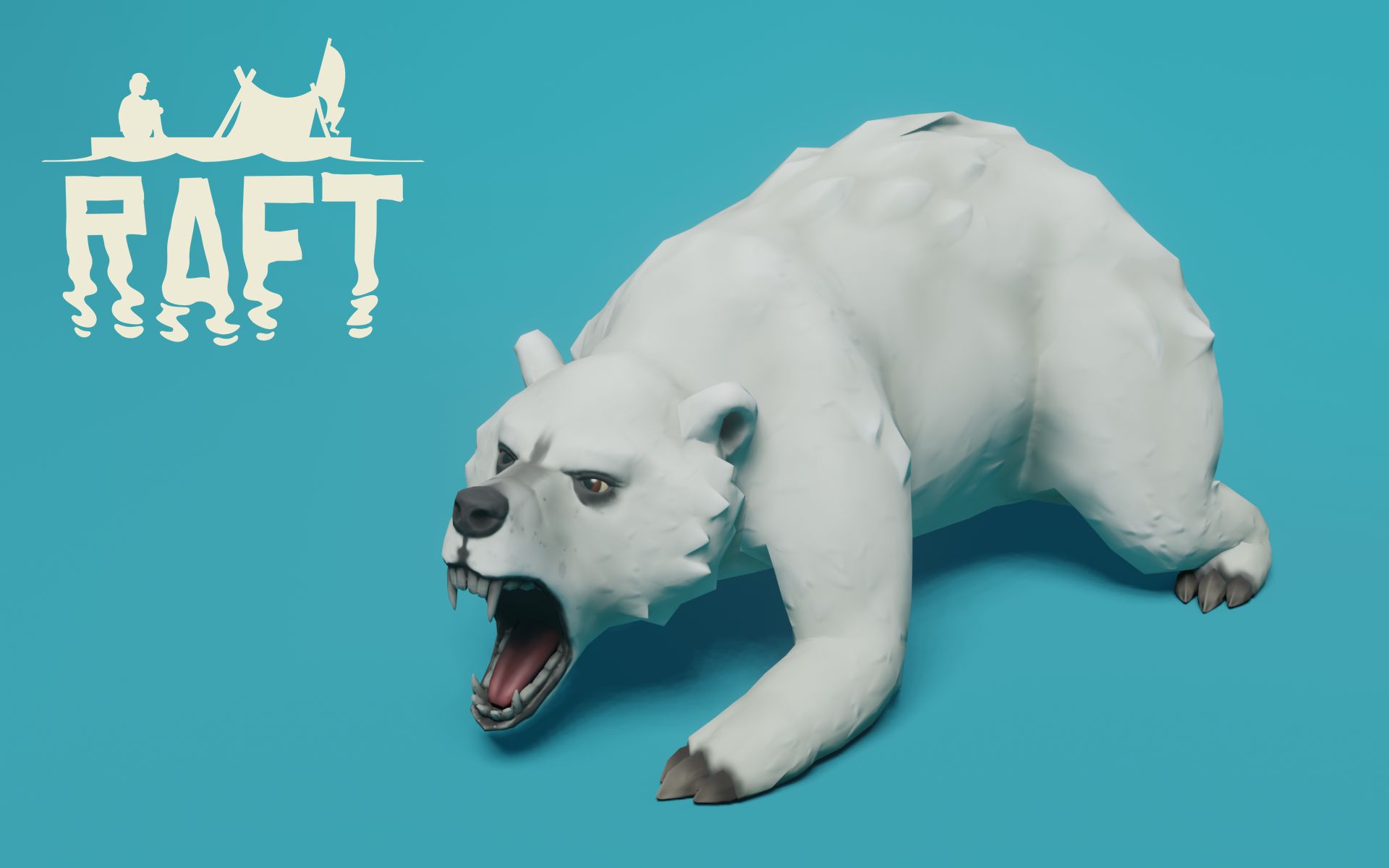 Hyenas are known to hunt in packs, and these are no different. Be careful as they are quite fast and will grab you by the leg when you least expect it! 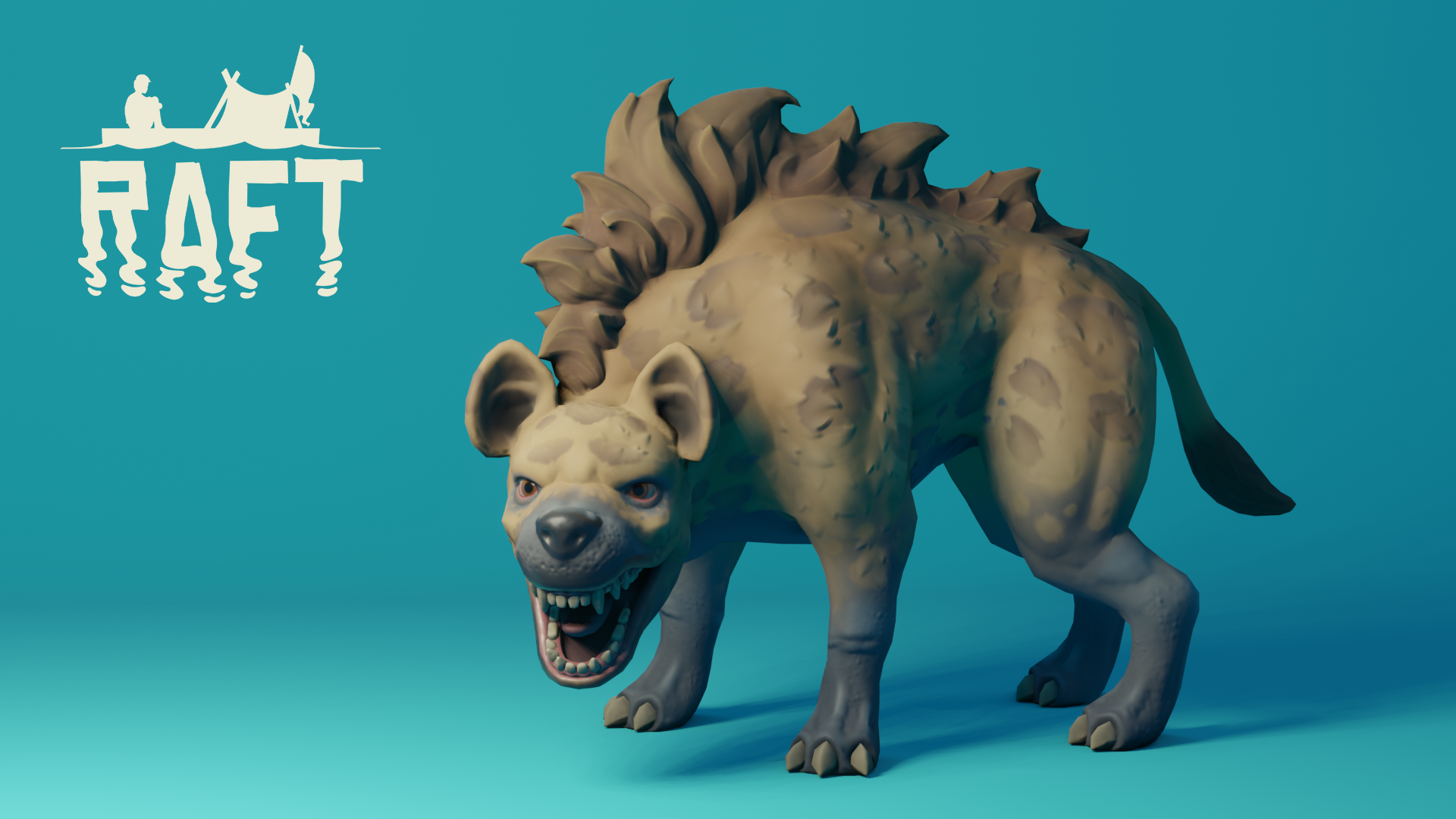 Those are all the enemies we are willing to disclose here, but there is more to discover in the game! So watch out, and make sure to bring your armor!

Rouhi and Maya could really use some more company! It is finally time to introduce some new survivors to your rafts. Throughout the world you will be able to meet and unlock four new characters in order to play as them. Make sure to go back to previous destinations, as not all of them are found on the new ones! Let us take a look at who they are! 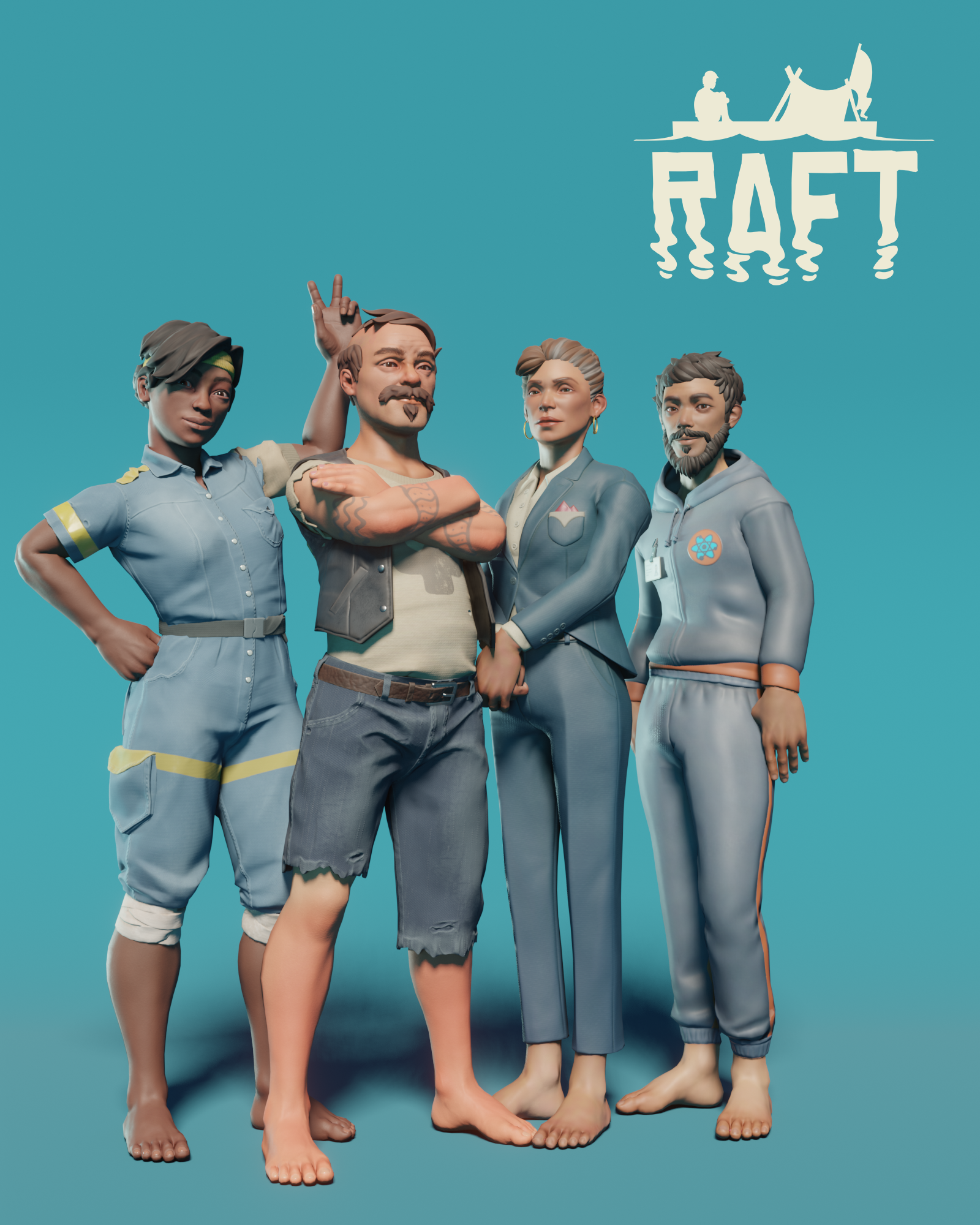 There are also a whole bunch of new clothing options for each character! Let us take a look at some of the new outfits! 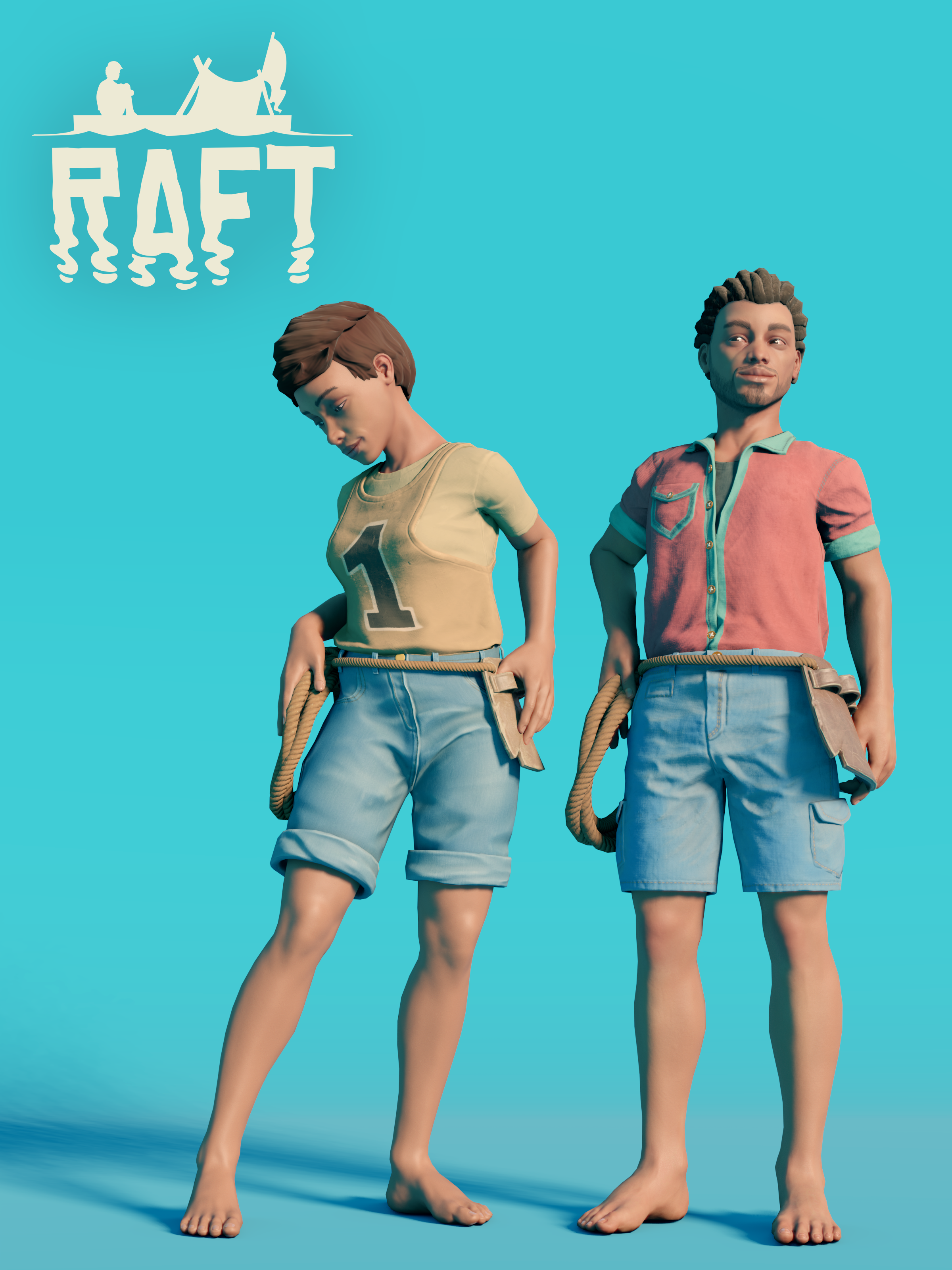 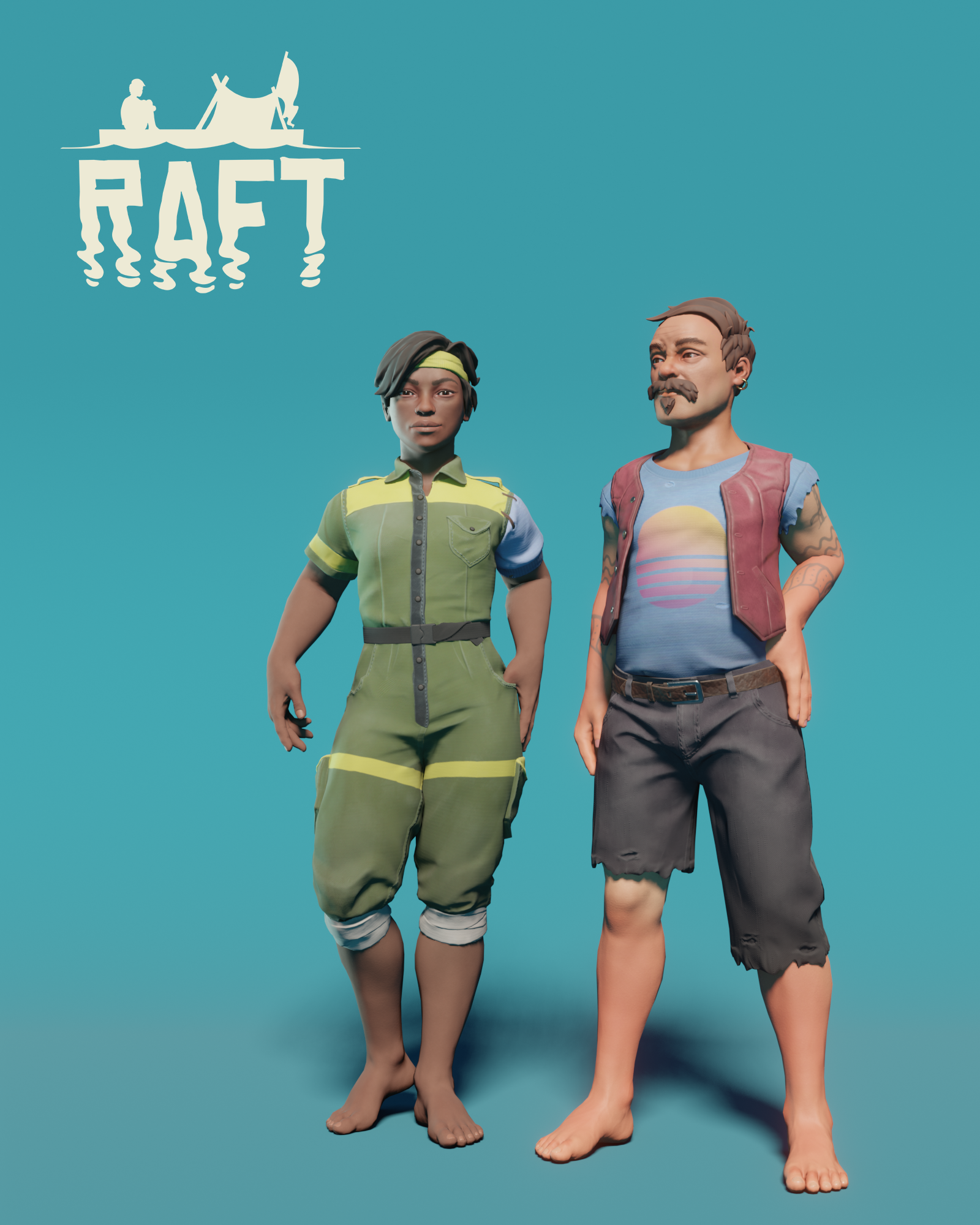 There are many more in the game, so you should be able to find something that suits your style!

The Trading Posts is a whole new way to make the most of all the resources that you do not really feel the need to keep! Trading posts can be found on many of the large islands and offer a variety of items. Some will help with survival, some will help with fighting and some will simply make you or your raft prettier. Purchasing the items in the trading posts costs Trash Cubes and sometimes Trade Coins. Trash cubes are produced in the Recycler by converting your left over materials into cubes, while Trade coins are acquired by selling rare fish to the Trading posts. 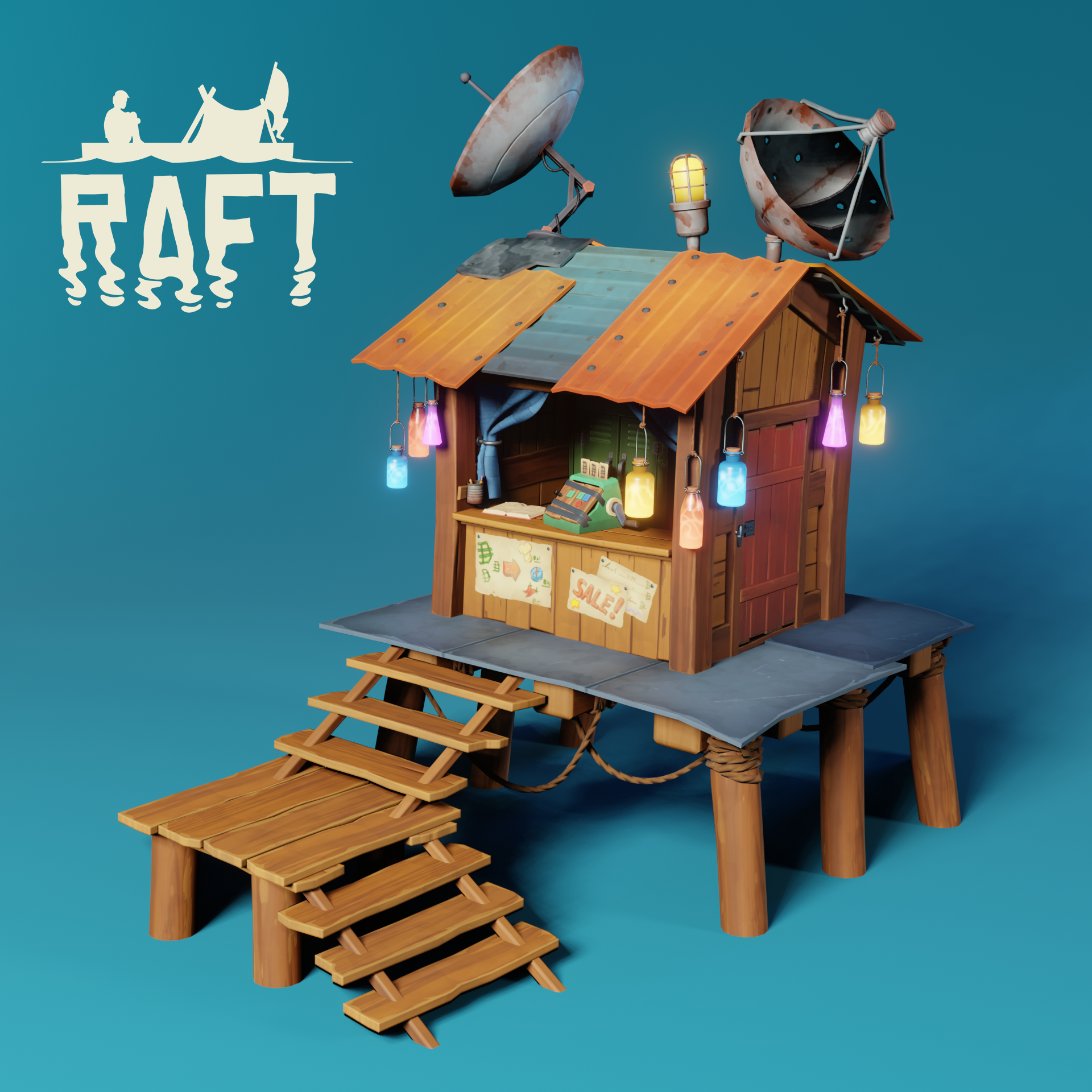 If you want to improve your kitchen, the new juicer will do the trick! Provide it with ingredients and electricity and it will give you a fresh smoothie. Also, both the cooking pot and the juicer can now provide food and smoothies that give you certain buffs! For these you will need special recipes that can be bought at the Trading Posts, and they can give you speed boosts, increased lung capacity, bonus health and more.

This update brings a bunch of new items, machines and decorations! 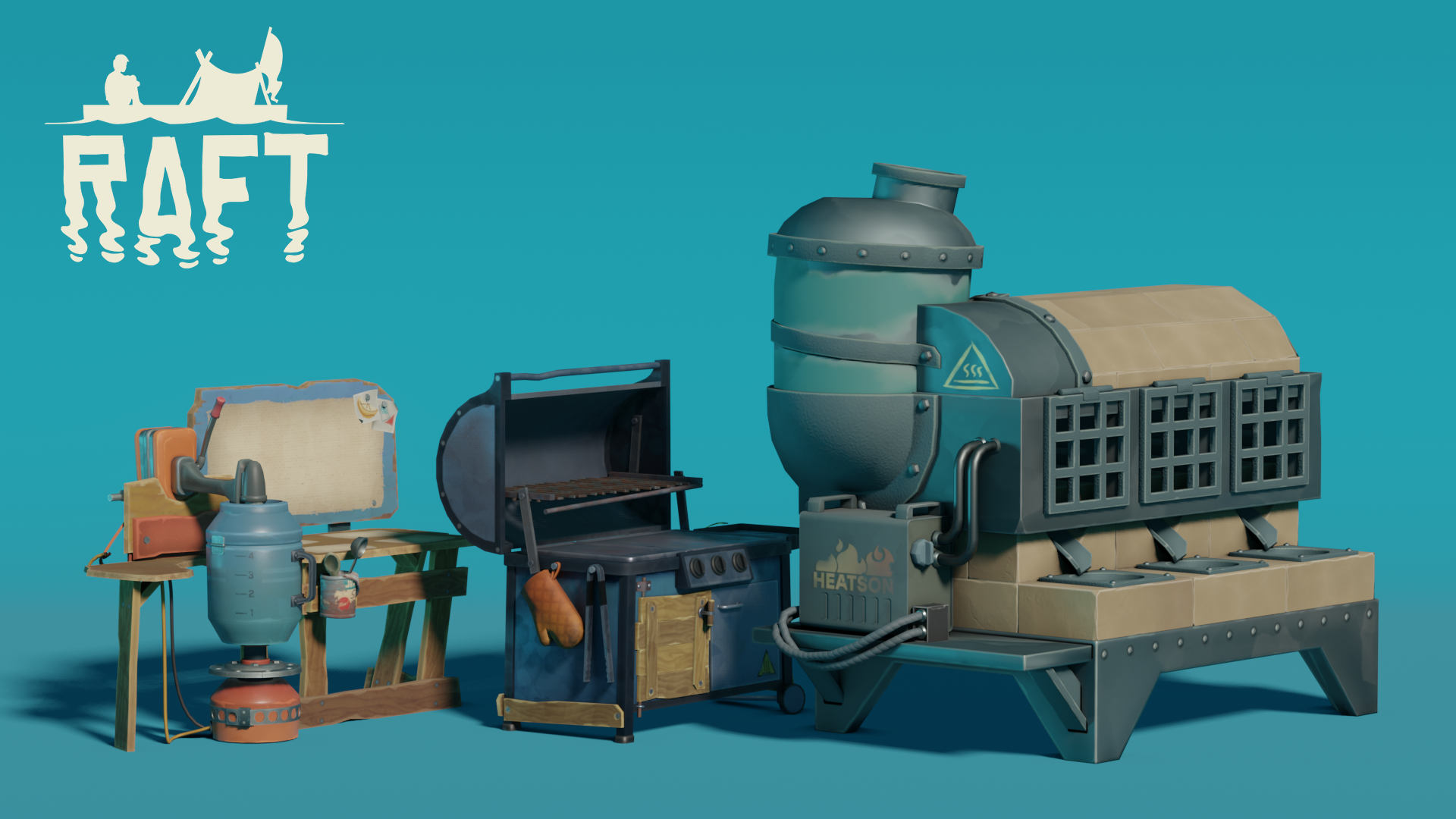 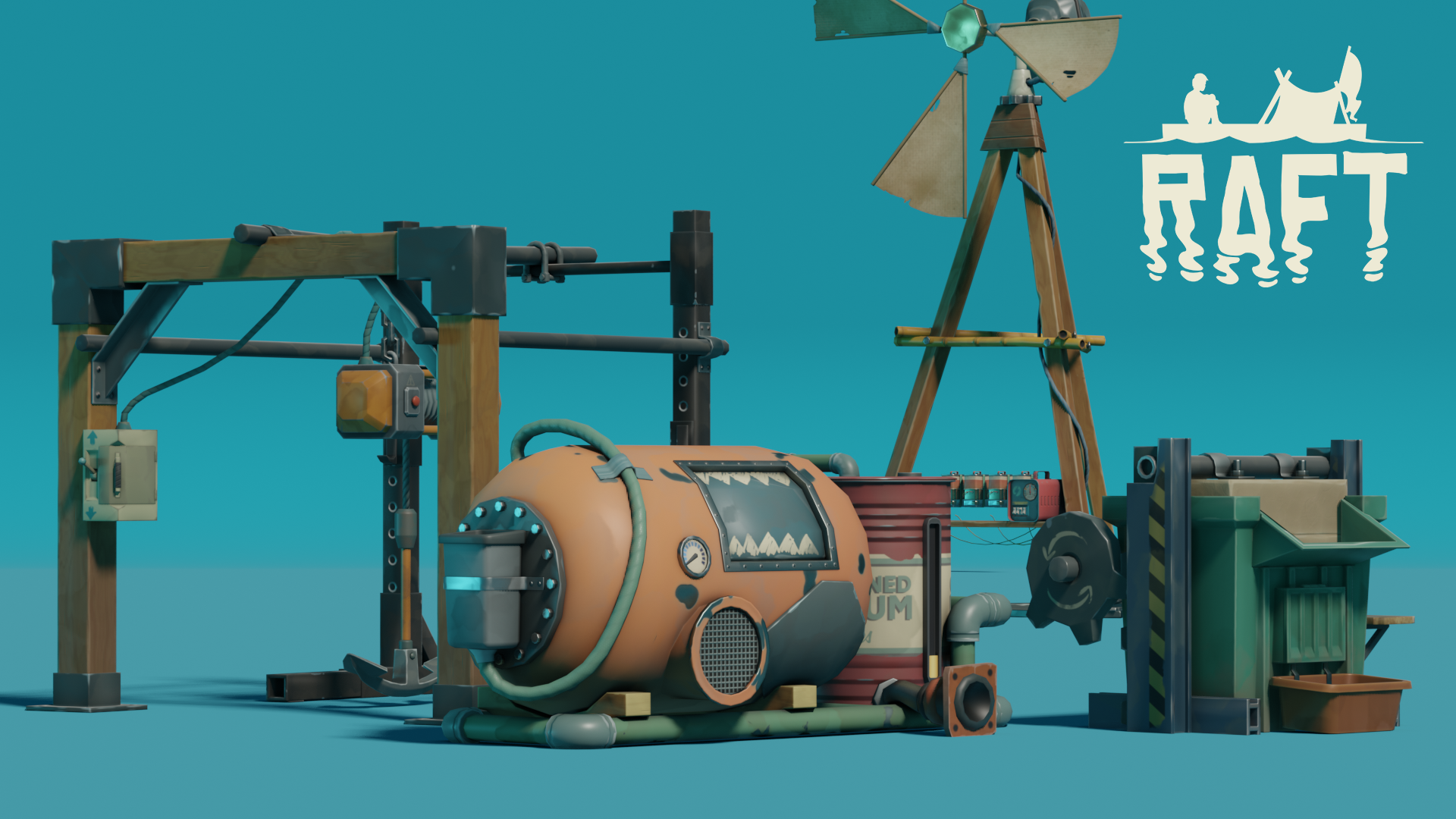 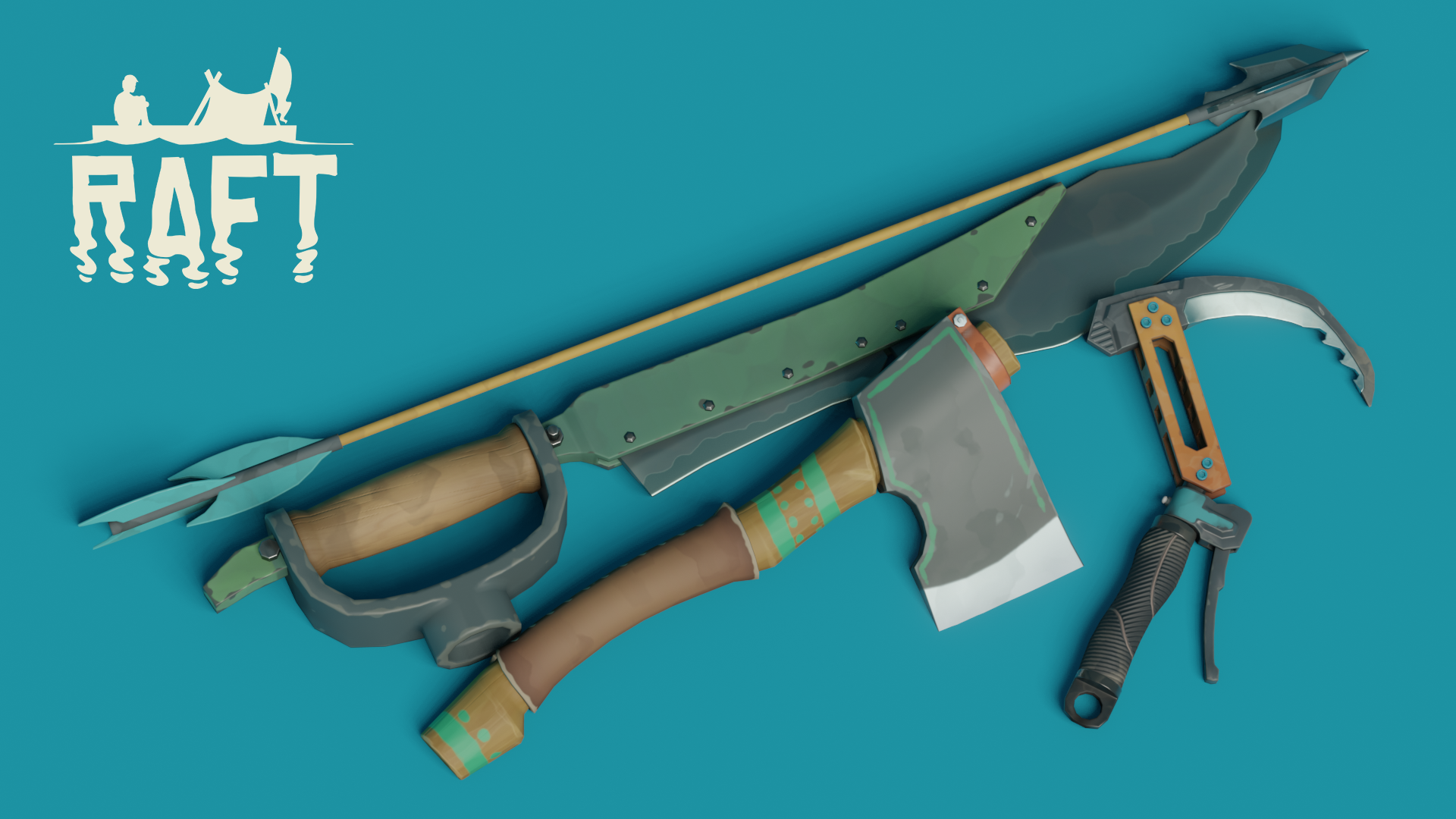 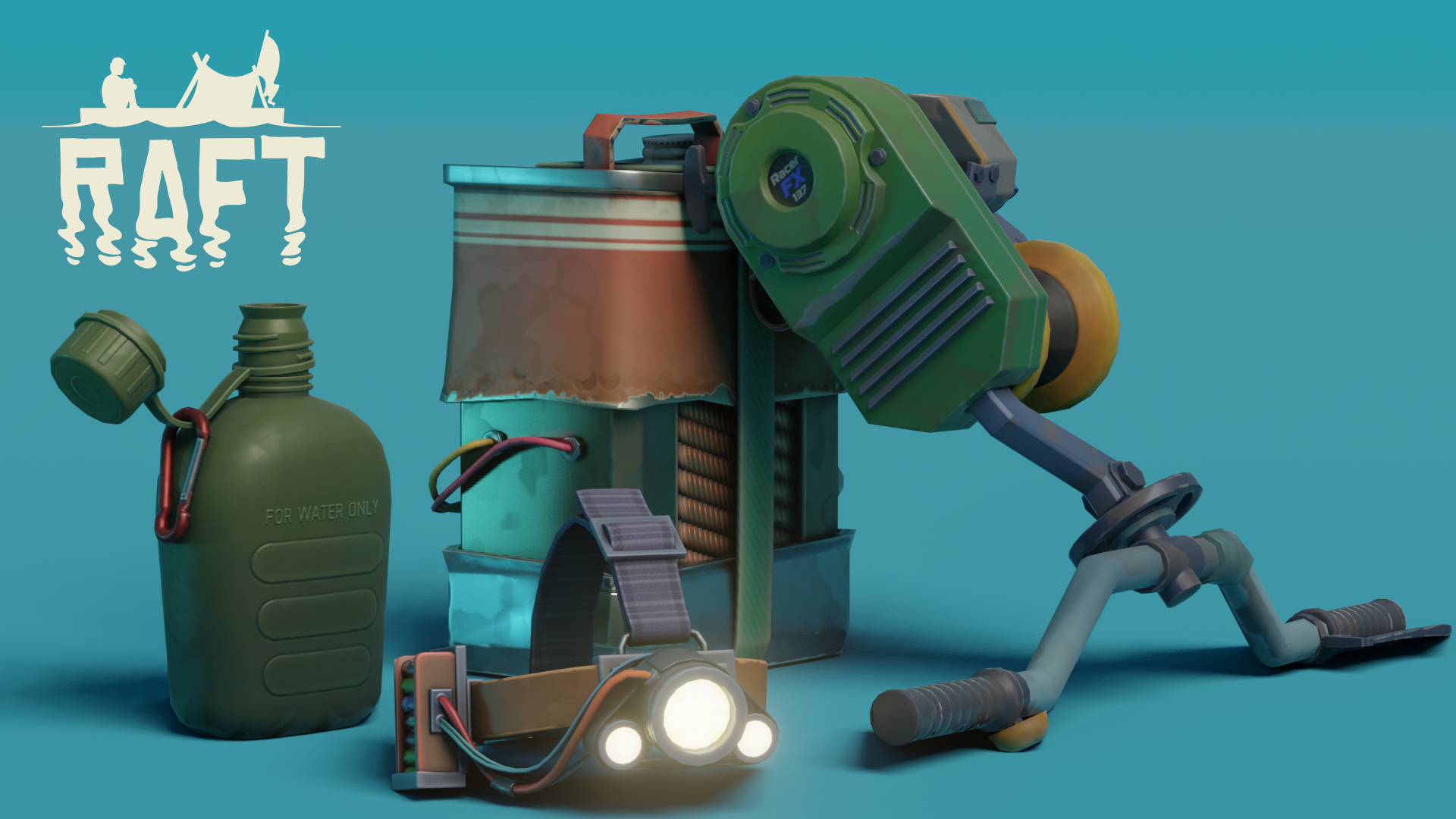 Apart from this, there are now also:

For building, there is now a highly requested horizontal pillar available! Gone are the times when building a large second floor required a bunch of pillars blocking the view below. 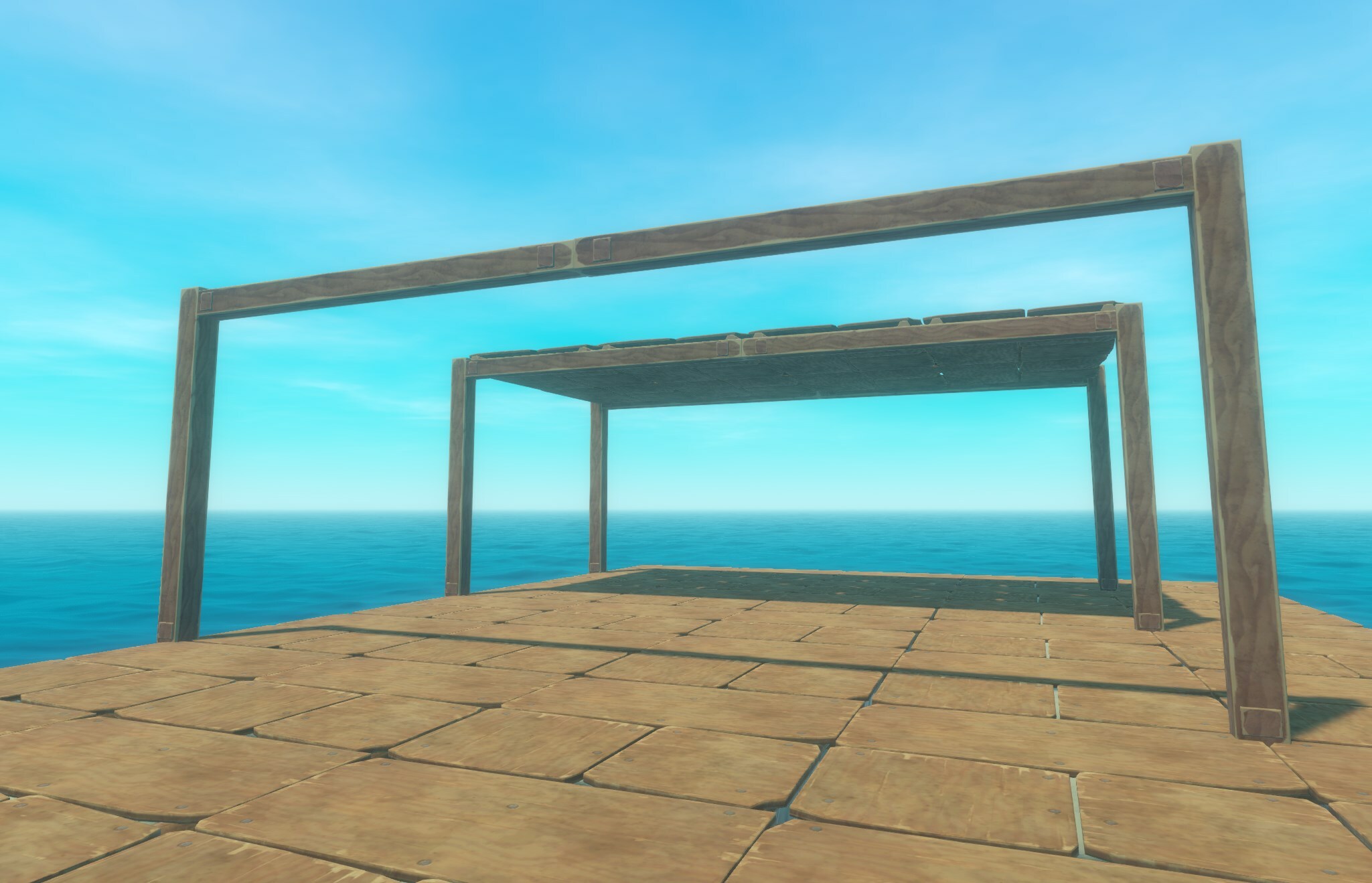 Lastly, we have also added the Detail Plank! It is a simple plank that you can place freely and stretch and rotate to your liking! Have a look!

Tangaroa Tokens have been changed to Vending Machine Tokens and can be used on more than just Tangaroa. Vending machines can now be found on two additional destinations, each with their own unique inventory! 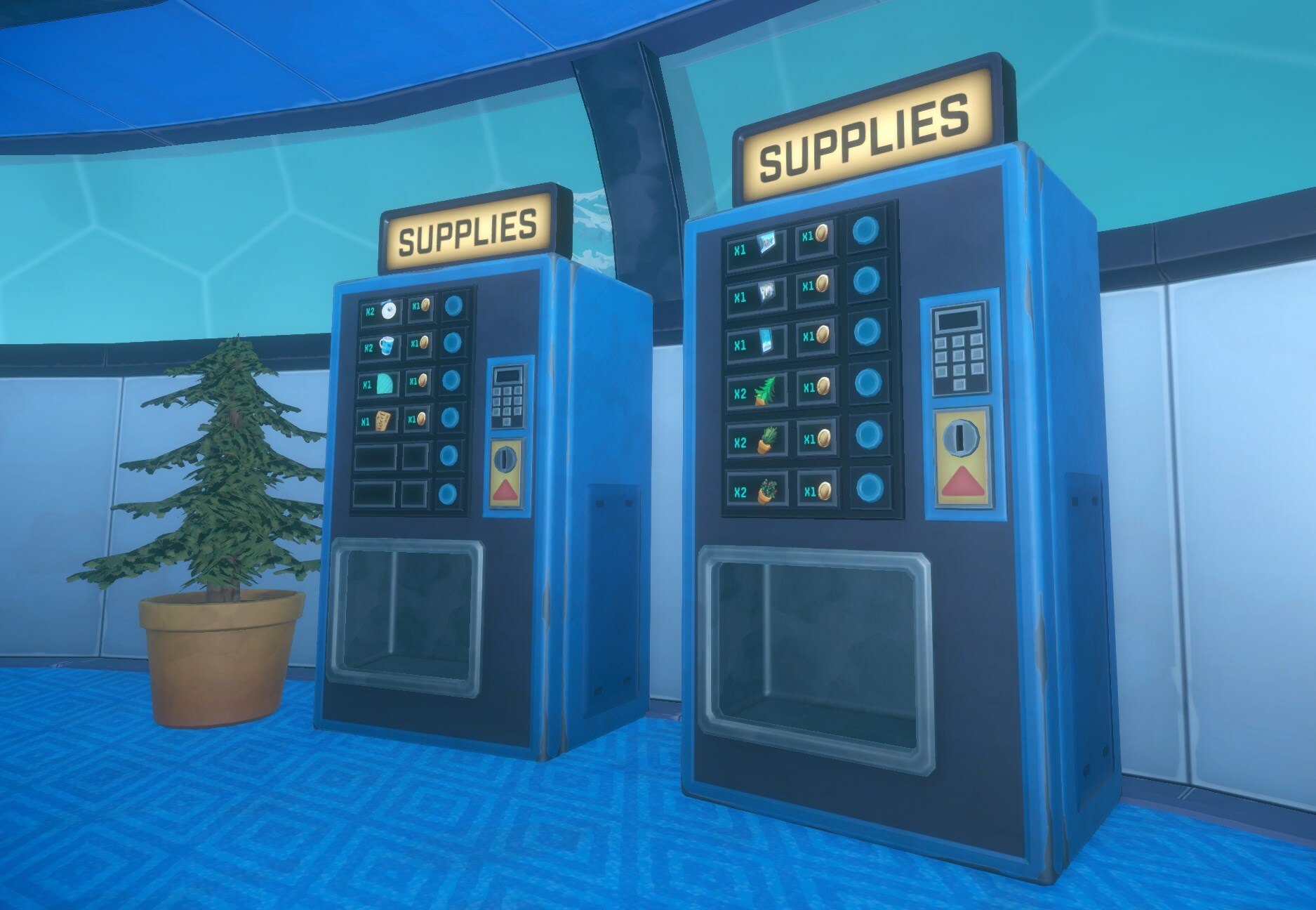 We have left some things for you to discover for yourselves and we have probably forgotten some. Apart from all these new features and additions we have also done our best to fix as many bugs as possible and there are a bunch of optimizations behind the scenes that we believe will increase your framerate and enjoyment of the game!

How to installation Raft Version 1.0: The Final Chapter:

Click on the below button to start Raft Version 1.0: The Final Chapter Mac Game Free Download. It is a full and complete game. Just download and start playing it. We have provided direct link full setup of the game.